A prepared mind leads to a life filled with chance discoveries

“Chance only favors the prepared mind.” These words were spoken by Louis Pasteur, the French biologist known for his scientific discoveries. It’s not surprising that the quote is a favorite of Brian Mulligan, a legend in the physiotherapy world who has made his own important discoveries—including manual therapy techniques that have made a profound impact on the field.

Brian says the Pasteur quote applies to almost every aspect of his life, including his introduction to the field of physiotherapy and his achievements throughout his career that’s spanned more than 60 years. He attributes it all to chance and a prepared mind.


A prepared mind and a false start


Growing up in New Zealand during World War II, Brian’s greatest aspiration was to join the army; he took all the subjects necessary to be accepted into officer training and was devastated when he failed the eyesight test. His dreams dashed, Brian joined a large chemical company where he was encouraged to take classes toward a commerce degree. Working at a desk all day, while studying subjects like bookkeeping and company law at night, Brian says he was an “unhappy chap.”


A prepared mind leads to the discovery of a new career


A chance work-related phone call changed Brian’s life. The brief conversation was with an employee at another company who happened to live nearby and was leaving his job at the end of the day to attend school for physiotherapy. It was a field Brian had never heard of. If he wanted to learn more about this new and exciting career, the young man on the phone suggested that Brian visit Oliver Olson—a physiotherapist with a practice in Wellington.

“I went to see this guy, and I saw his practice,” says Brian. “He had all this fascinating equipment and was very successful and confident. He was treating all these different patients and I thought, gosh, this is far more exciting than sitting at a desk all day!” Brian applied and was accepted into the New Zealand School of Physiotherapy, where he began classes the following year. “That chance discovery was just wonderful,” he says.


A prepared mind leads to a new way to treat patients


After qualifying to practice in 1954, Brian began making connections with other young, enthusiastic physiotherapists, including Stanley Paris and Robin McKenzie (who had also been a childhood schoolmate). The three connected with Freddy Kaltenborn, a physiotherapist who was learning manual therapy techniques and teaching them to other up-and-coming therapists in Europe and, later, on trips to New Zealand.

This led Brian to Helsinki, Finland, in 1970, where he attended Freddy’s classes—later returning to New Zealand to teach everything he had learned to his eager colleagues. “I had never taught anything in my life and that was my introduction to teaching,” says Brian.

Manual therapy became Brian’s area of expertise, and to this day, he credits the late Freddy Kaltenborn for his excellent handling skills. “To bring about change using my hands was really special to me and Freddy was an excellent teacher—he certainly made an impact on me. He gave me all my handling skills and I would never be where I am today if it wasn’t for my ability to deal with joints as Freddy taught me,” says Brian.


A prepared mind leads to a new technique Brian in the 1980s.
These hands-on treatments led to another chance discovery that was made while treating a young basketball player who came to Brian sometime in the mid 80s with a grossly swollen, injured finger that she couldn’t bend. After treating it with ultrasonics, Brian tried a manual technique to see if he could get it to move. “I tractioned and I did anterior and posterior translations and I was getting nowhere,” says Brian. “Then I remember grabbing her finger and just translating the distal surface medially, which she said was painful. When I translated the surface laterally she said it did not hurt. While sustaining this, I asked if she could bend her finger. I was amazed! Her finger started to bend straight away.”

Brian went home and thought about how the technique had worked—even dreaming about it that night. “When the techniques I was initially using didn’t work and then something did work—I certainly had a prepared mind,” says Brian. “I thought, good heavens, why did that happen? I’ve got to find out why… and I found out why.”

When he was able to make sense of it, he began treating other injuries using this method. With a prepared mind, he started to reposition joint surfaces in pain-free directions and sustain the repositioning to see if he could get results. He says the results were amazing. Almost every day he would do something that he had never done before, and after some months was able to try this new approach right through the entire body. Brian teaching one of his mobilisation techniques.

Chance and a prepared mind had led to a new way to apply manual therapy techniques: Mobilization with Movements (MWMs). “There is no other manual therapy approach being taught in the field of musculoskeletal medicine, that when indicated gives an instant pain-free result,” says Brian. In the ensuing years, this approach helped Brian make more discoveries, including the Pain Release Phenomenon (PRP), the Squeeze technique and a special hip muscle technique.

Already teaching conventional manual therapy, Brian felt strongly that any new technique that could help patients be active, functional, and pain free should be taught and made available to the public. This led to the formation of the Mulligan Concept Teachers Association (MCTA) in 1995. The organization helped meet the huge demand from therapists wanting to learn his techniques, while ensuring high teaching standards. Currently, there are MCTA colleagues teaching in over 30 countries and last year there were over 5,000 course participants in Europe and the UK alone.


A prepared mind, an exciting career, and a happy retirement After more than 60 years in the field of physiotherapy, Brian says he’s most proud of receiving the Geoffrey Maitland Award, which he was honored with in 2016. He’s also extremely proud of his teachers who are teaching all over the world in 30 different languages. “They’ve found things that I haven’t found, and they’ve improved my concepts,” says Brian.

Last year Brian traveled to Africa, Spain, Mexico and Taiwan to teach, but after turning 87 he decided to stop and let his teachers carry on his work. Although he still has his license to practice and sees patients every now and again, Brian says he’s mostly retired. His time is spent golfing, gardening, reading, playing the piano every day, and spending time with his wife and family, including great-grandchildren.

“It’s been a privileged life,” says Brian. “I have doctor friends who had to give up medicine when they were in their 60s. And here’s this old so-and-so still traveling the world, teaching and enjoying life. Looking back, I could not have had a more exciting career.”

Brian has developed a variety of mobilisation tools for use in physical therapy. He is also the author of several books including The Mulligan Concept of Manual Therapy and NAGS, SNAGS, MWMS, etc. 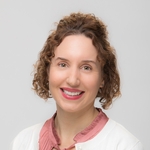 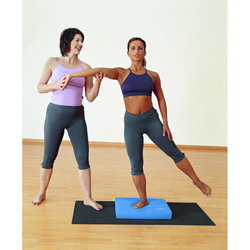